Single cell transcriptomics of PBMCs of 47 donors from the Lifelines Deep cohort (general population, Northern part of the Netherlands). Cells of five or six different donors were pooled together in one sample pool, resulting in eight different sample pools. In total, 28.855 cells were captured and their transcriptomes were sequenced to an average depth of 74k. Genotype data is available for each donor, which allowed us to use the Demuxlet method that uses variable SNPs between the pooled individuals to determine which cell belongs to which individual. Since genotype information is lacking of 2 individuals, the transcriptome of only 45 individuals could be retrieved. 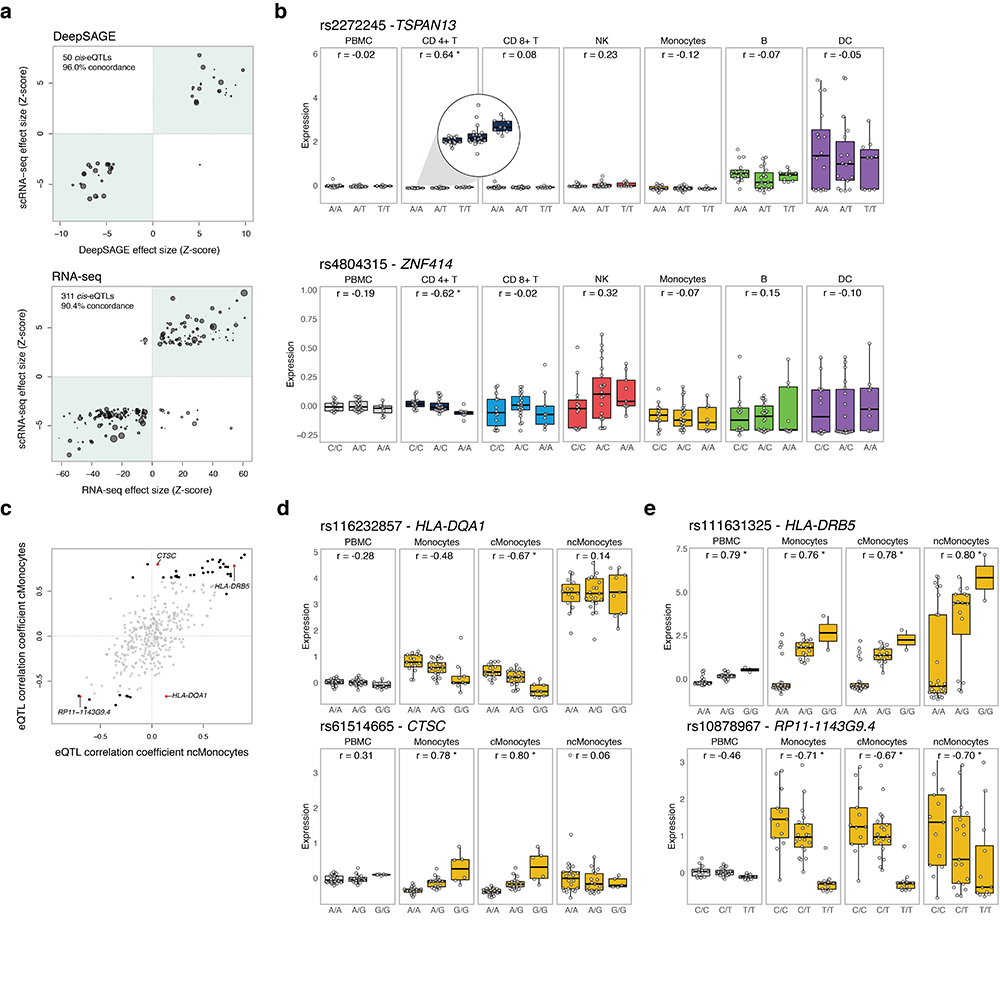 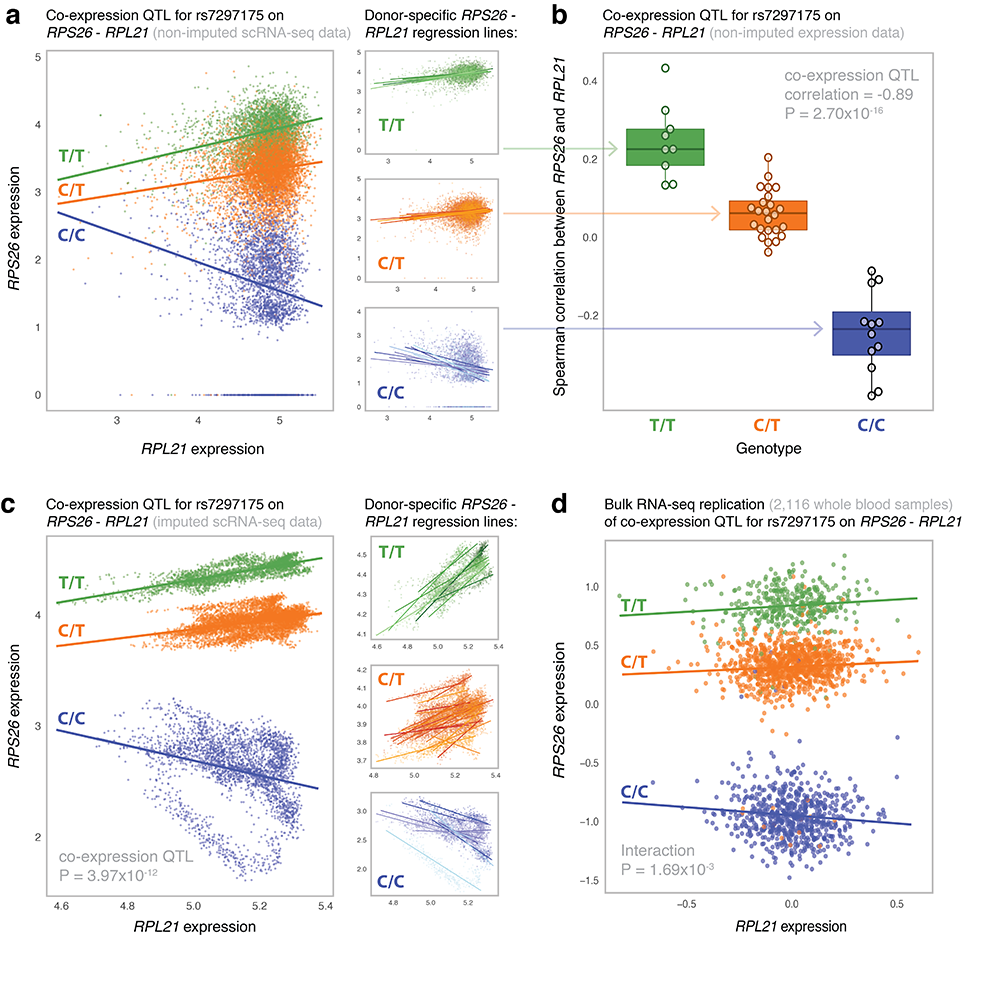 Figure 2 - Most significant co-expression QTL in the CD4+ T cells.

Raw gene expression counts Raw gene expression counts per lane in Matrix Market Exchange format. Each line of this file contains the index and value for every entry in the matrix, whereby the rows represent the genes (stored in genes.tsv) and the columns the cell barcodes (stored in barcodes.tsv). The Cell Ranger output for each lane has been included in the Cell Ranger web summary.

co-expression QTL summary statistics The co-expression QTL summary statistics of all results (significant and non-significant) for the eQTL analysis restricted to the 145 genes that showed a cis-eQTL effect in the CD4+ T cells. Interactions and correlations were only calculated for those genes that show variance in gene expression within the CD4+ T cells and are expressed in each of the 45 donors, i.e. 102 cis-eQTL genes were compared to 7,975 genes.

Genotype and gene expression data are freely available. Processed (deanonimyzed) single-cell RNA-seq data, including a text file that links each cell barcode to its respective donor, has been deposited at the European Genome-phenome Archive (EGA), which is hosted by the EBI and the CRG, under accession number EGAS00001002560. Genotype data has been deposited in the LifeLines Workspace. The LLDEEP DAG2+ Data Access Committee (DAC) determines access permission. In order to request data access, please click on request data and fill in the data request form with a signed data access agreement (please note: signature of PI required).
Request data

We aim to provide data access within 5 working days. However, during the holiday season there might be a slight delay.
For more information, contact Jackie Dekens (j.a.m.dekens@umcg.nl).

Morris Swertz and Lude Franke are supported by grants from the Dutch Research Council (ZonMW-VIDI 917.164.455 to M.S. and ZonMW-VIDI 917.14.374 to L.F.) and L.F. is supported by an ERC Starting Grant, grant agreement 637640 (ImmRisk). The Biobank-Based Integrative Omics Studies (BIOS) Consortium is funded by BBMRI-NL, a research infrastructure financed by the Dutch government (NWO 184.021.007).